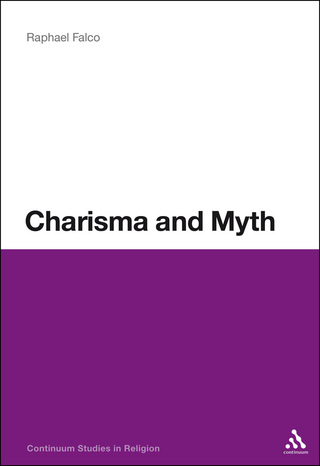 I once read the obituary of an American general, who, home from the wars and languishing in retirement, applied to be a contestant on a quiz show. When he was chosen to appear on the show, he was asked, as were all contestants, to suggest the subject on which he wished to be quizzed. The general chose Greek myths, and was told to report to the studio in two months. His performance during the show was flawless. He answered every question comprehensively and without hesitation, winning the customary $64,000 and probably a Maytag washing machine as well. When asked afterward why he’d chosen Greek myths as his subject, the general replied, “Because they don’t change.”

Spoken like a true unbeliever. Only to someone outside a mythical tradition, someone excluded by choice or circumstance, distance or difference, do myths appear static. To believers, myths are always in flux—regardless of whether the believers have names for their myth systems as different as Christianity, aristocracy, Bolshevism, or Yamato spirit. Legend has it that the pre-Socratic philosopher Thales complained, “Everywhere there are gods,” by which he seems to have meant that it was impossible to formulate a system of rational thought amid the clutter of beliefs in otherworldly figures. We can draw the inference, therefore, that those same Greek myths that supplied the American general with an unchanging (if encyclopedic) body of data conducive to quick memorization, in fact troubled Thales for their protean incommensurate in confrontation with a rational approach to life. Thales was surrounded by believers. The general had neither believers, nor belief, to hinder him.

There is nothing revelatory in this observation. Bronislaw Malinowski, living at the dawn of anthropological field work, argued vehemently in 1926 that “the limitation of the study of myth to the examination of texts has been fatal to a proper understanding of its nature. The forms of myth that come down to us from classical antiquity and from the ancient sacred books of the East and other similar sources have come down to us without the context of living faith, without the possibility of obtaining comments from true believers, without the concomitant knowledge of the social organization, their practised morals, and their popular customs—at least without the full information which the modern field-worker can easily obtain” (18). Yet, despite the enormous strides made in field work around the globe, the study of myth has retained a hothouse quality. When, many years after Malinowski, Clifford Geertz observed in The Interpretation of Cultures that “although culture exists in the trading post, the hill fort, or the sheep run, anthropology exists in the book, the article, the lecture, the museum display, or, sometimes nowadays, the film” (16), he might just as well have been referring to the study of myth. Anthropologists, scholars of religion, sociologists, even literary critics all acknowledge that myths have a living quality, but few have attempted to define how this living quality functions in social life.

I believe that this living quality can often be defined in terms of charismatic authority, yet the concept of myth as a charismatic group experience has received virtually no attention in the scholarly literature. I am sure, however, that only through an understanding of the transformations of charismatic groups can we satisfactorily account for what Malinowski calls “living faith.” Only the shared experience of a myth system gives it meaning and the most powerful form of group sharing is charismatic interdependence. It is the foundational argument of this book that myths are functions of group interaction. They may appear to have an isotropic existence as fables, prayers, hymns, fairy tales, folk ballads, holy writ, or catechism. They may appear too far-fetched to believe, and the protagonists of the mythopoetic imagination may seem too artificial to worship. But the quality that gives them life, that wrests them from an isotropic isolation of the kind Geertz warns against in pointing to books, articles, lectures, museum displays, and films, flourishes in the unique circumstances of charismatic group dynamic. In every example of a successful myth system, we find the crucial bond between charisma and myth. We can conclude, therefore, as the following chapters demonstrate, that myth systems will not function as successful and long-lasting social vehicles without a charismatic component.