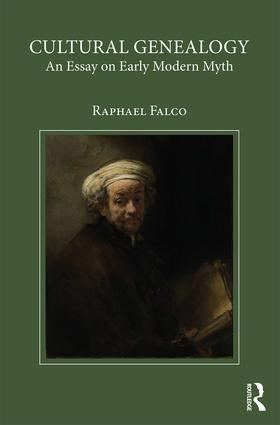 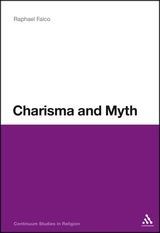 Raphael Falco is a Professor of English at the University of Maryland, Baltimore County. He received his B.A. and his Masters degrees from Columbia University and his Ph.D. from New York University. He was the 2012-2013 Lipitz Professor of Arts, Humanities, and Social Sciences at UMBC, and in 2016 he was selected for a Fulbright Specialist grant.

His latest book, Cultural Genealogy (Routledge), explores the popularization in the Renaissance of the myth that later cultures are the hereditary descendants of ancient cultures. The core of this myth is the widespread belief that a numinous charismatic power can be passed down unchanged, in concrete forms, from earlier eras. HIs previous book, Charisma and Myth (Bloomsbury), explored areas beyond his usual precincts of early modern literature. The book introduced a completely new element to the study of myth—the idea that myth and myth systems operate in the same way as charismatic groups.

In addition to his scholarly research, Raphael publishes fiction, plays, and poetry. His story "Goodbye Is Too Good a Word" was published in Eclectica in 2018. The story "The Day John Lennon Died," a runner-up in the Willesden Herald short contest, appeared in book form in Short Stories 10 (NOvember 2017). "Shaping Days" won first prize in a short story competition in the online journal Field of Words (2015). His one-act play, The Lights of Ossining, won first prize in the First Stage Contest (LA, 2014) and in the Raymond J. Flores Short Play Series (NYC, 2014). Frankie's Market (a one-act) received a staged reading at the Quotidian Theatre (MD, 2012) and was published in the journal Confrontation (2015). His epigrams appeared in the journal Think (Fall 2016).

Raphael is a cycling enthusiast. His main bike is a T-Lab X3, custom-built by a Canadian company specializing in titanium frames. In addition to the X3, Raphael owns a Specialized Tarmac and a Surly Steamroller (single speed). He can be found on Strava under his nom de guerre Raphael F.

He lives in Baltimore, Maryland.